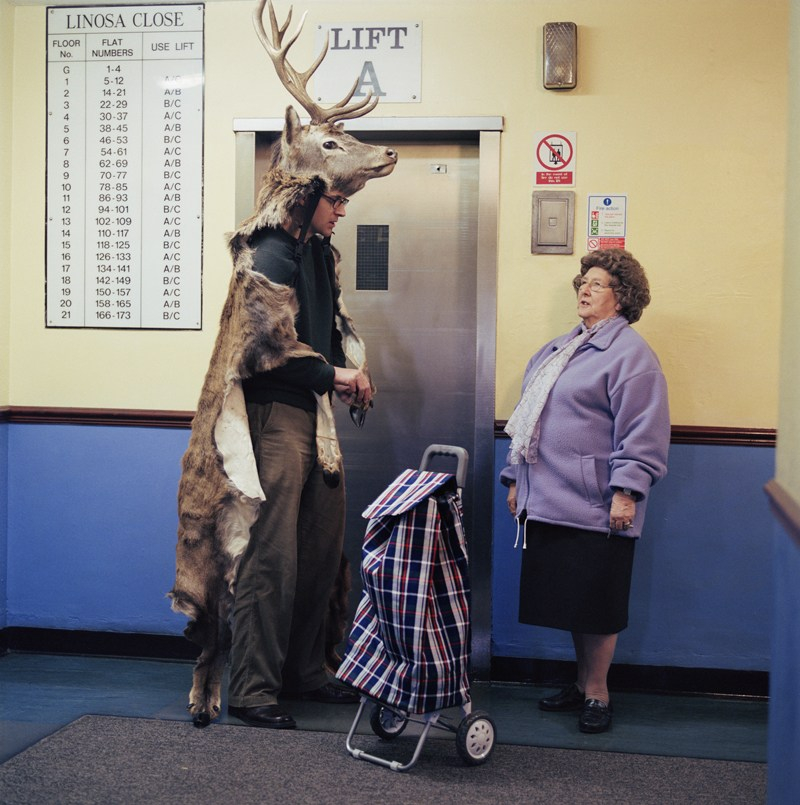 Journey to the Lower World

The third exhibition in the trilogy Hilchot Shchenim concludes the project through which we have tried to advance two goals. The first is the attempt to establish a regional cultural network as a platform for artists and art centers in the Near East, the Mediterranean Basin, and in such wider circles as the former East European bloc and the Balkans. The objective is to overcome the limitations on communication that are dictated by political and national conditions. The second goal is to facilitate the discussion on the influence of new technologies on society and art, from the standpoint of a society that is flooded by and intensively absorbed in the new technologies while at the same time being culturally isolated from its geographical surroundings.

To further these objectives, we presented, in the first chapter, art and artists working in the periphery without a link to or dependence upon ’Western’ power centers. In the second chapter we presented works involving tactics and strategies used by artists, cooperatives, and non-governmental groups who have adopted methods from other fields such as commerce, politics, the military, and terror.

The third chapter of Hilchot Shchenim attempts to examine cultural change and the intercultural diffusion ensuing from globalization and the latter’s influence on artistic work.

In 1962 Marshall MacLuhen, the Canadian Futurist, stated that the use of electronic communication turns humanity into a single world village. The development of Internet systems, television, and satellite communications have accelerated the process, and inhabitants of the worldwide village are increasingly exposed to the economic, political, and cultural influences of globalization. These influence more and more of the population of the entire world, changing the perception of the concept of ’place’ and transforming the local to universal. Place, a geographical location according to the old meaning of the word, no longer exists. Instead, we are witness to geographical locations in which global phenomena transpire.

The weakening of the local and the creation of a uniform, shallow culture that takes shape under the dominant influence of the West (Americanization) are the ground for the central argument against the phenomenon of globalization. Without a doubt there is much in common between young British and young Japanese culture today, a state of affairs that would not have existed one hundred years ago, but the fact that many people are exposed to dominant cultures does not necessarily mean the demise of local cultures but rather their transformation and adaptation. In this way new cultural products and multicultural, national, and corporate mutations are born and find expression mostly in the urban space of the new geography.

This emerging reality is represented by the artists participating in the exhibition; they offer ways of coping and critical engagement that define the role of the artist and art in relation to these processes.

Characteristics of globalization – migration, tourism, information flow, technology, standardization, dispersion of centers of influence, etc. – all these are present in the artistic works, not only as subjects for perusal and perception but also as tactics for action. Many artists adopt the tools of global economics and politics, commerce and the world market as means of functioning in the new cultural paradigm, a situation that dictates parallel coping in the local and global arenas. The need to be simultaneously connected to international power centers, while at the same time creating art relevant to the local geographical region is becoming a central characteristic of the artist in the global era. The artist adopts the role of intercultural mediator, one who creates within his/her own work the friction between the local and global, one who enables the creation of new cultural mutations, one who directs our attention to them and thereby transforms him/herself and his/her work into an additional channel of communication, parallel to the existing channels of information flow.