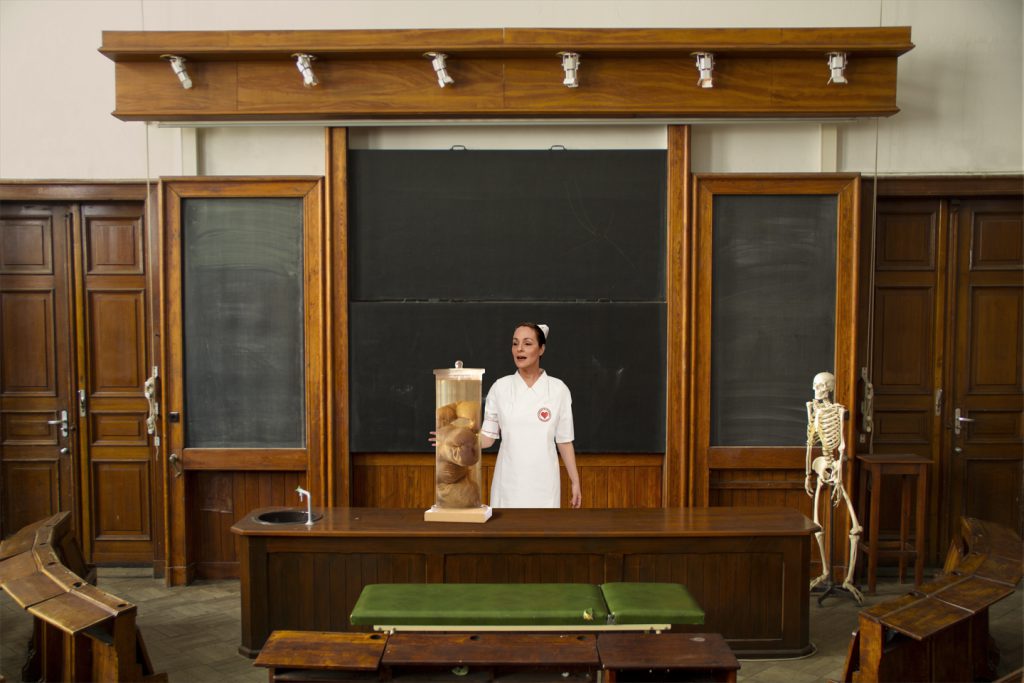 In a lyrical journey through the historic permanent collections held at BMM, Ben Ron echoes the journey made by Baudelaire’s pilgrim in his poem A Voyage to Cythera, a subversion of the 18th century painting, Embarkation for Cythera by Watteau.

A VOYAGE TO CYTHERA – Exhibition Guide

In Watteau’s celebrated fête gallante, an elegiac and bucolic fantasy of carefree love and seduction is played out on the island birthplace of Aphrodite, Goddess of love. For Baudelaire, however, the discovery of Cythera is imbued with a nightmarish scenario of pain, death, decay and self-loathing.

Both Watteau’s painting and Baudelaire’s poem have been subject to countless interpretations, but Ben Ron does not offer an interpretation; rather, she seeks to highlight the visceral and emotional narratives of human experience that Baudelaire expressed so movingly in his verse.